Whilst average UK house prices are rising at an annual rate of 4%, London on the other hand is trundling along at near 10% per annum, homing in on their 2007 highs, meanwhile areas such as Yorkshire and Humberside are lagging behind the national trend with average house prices rising at an annual rate of just 3% and where Sheffield, Y&H's largest city has been seized upon by both politicians and the mainstream press to make the point that house prices are only booming in London whilst cities such as Sheffield are assumed to be continuing to stagnate. 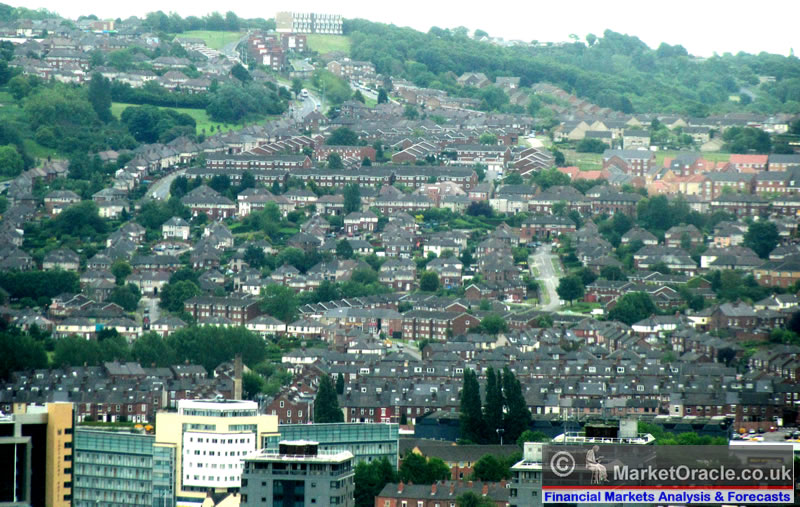 Firstly, In terms of the big national picture, my expectations are for average UK house prices to be rising at a rate of more than 10% per annum BEFORE the end of this year and possibly as early as on release of October data this November, and that I expect the trend of 10% per annum to continue into at least Mid 2014 as illustrated below (19 Aug 2013 - UK House Prices Bull Market Soaring Momentum, 10% Inflation by October? ):

Also as illustrated in this recent video - 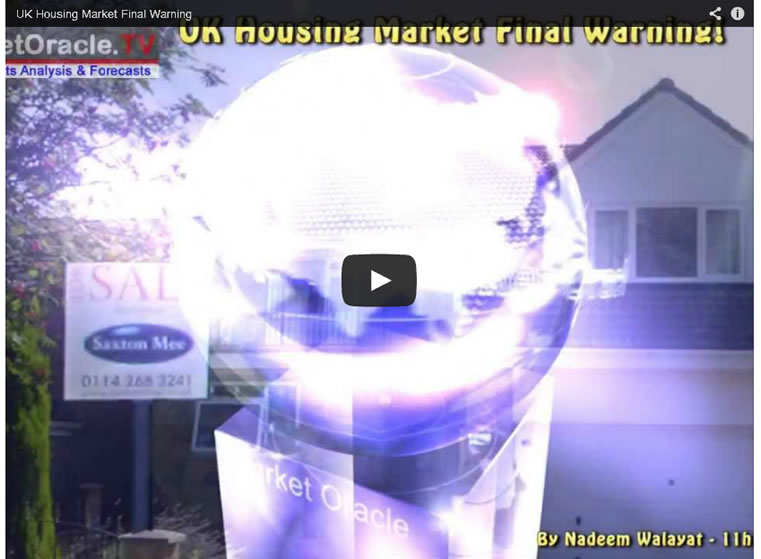 In terms of forecast price momentum for Yorkshire and Humberside, this region clearly lags the national average as a consequence of deeply rooted socialist economic tendencies that results in a much larger public sector, and conversely smaller private sector, the consequences of which has meant a deeper impact of government spending cuts and less developed private sector to fill the gap than for instance the South East region. Therefore I expect Y&H to lag the UK average by about 3%, thus the region targets an annual price gain momentum of 7% per annum by the end of this year.

However the averages mask the real price trends which is the differences in trends between affluent, middle and deprived areas both within regions and within individual cities.

Some of the Key Drivers for House Prices Trends

These key drivers for Sheffield are just as valid for most UK cities.

The below graph details my concluding forecasts for the annual rate of price change by area's of the city of Sheffield for the end of 2013, which is set against the actual price changes over the past 12 months (July 2013 Data). The forecast average for the city as a whole is approx 5.5%. 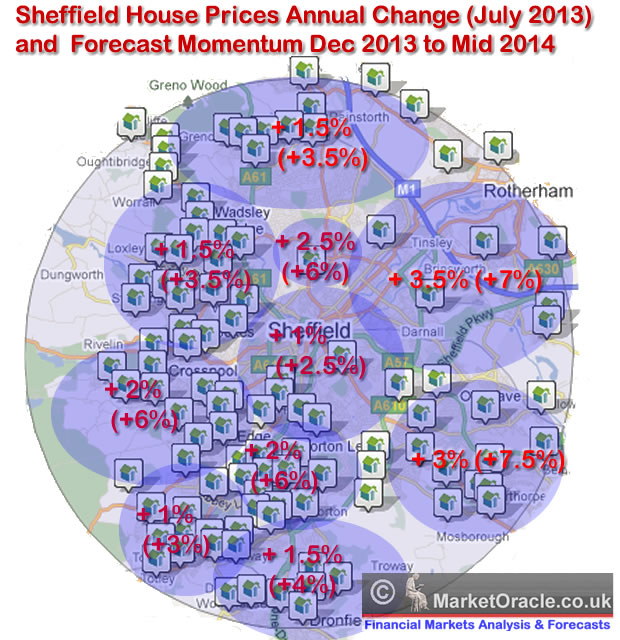 Ensure you remain subscribed to be ALWAYS FREE newsletter to get my next in depth analysis in the unfolding housing bull market series in your email in box. 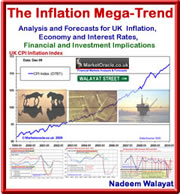